Any surpluses of funds generated by the project are used to support a wider group of individuals within the community. This includes distribution of food packages and medicine to single mothers and the elderly as well as a feeding programme which caters to all our primary school children and some 30 street children every day besides Sunday. 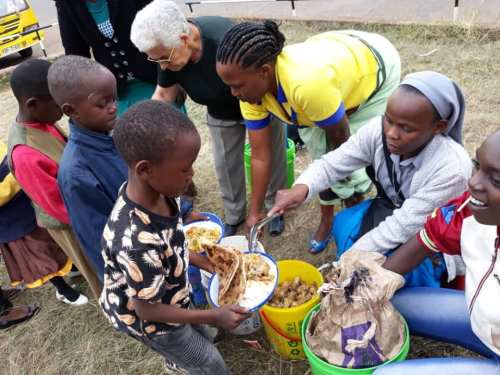 Street children refers to children and youths for whom “the street” has become their home and source of livelihood and are often found sleeping in small groups in culverts and on street corners. There are various reasons for this; some children are pushed onto the street following the death of their parents – sometimes due to HIV/AIDs – or after running away from violence at home and others live on the street simply because their families are too poor to look after them. Many of these children leave their rural areas, where traditional community ties have loosened, for cities such as Ruiru where they have more chance of surviving though begging, doing odd jobs, scavenging rubbish sites, or prostitution. A number of these children form groups for safety and end up substance abusers from a very young age. 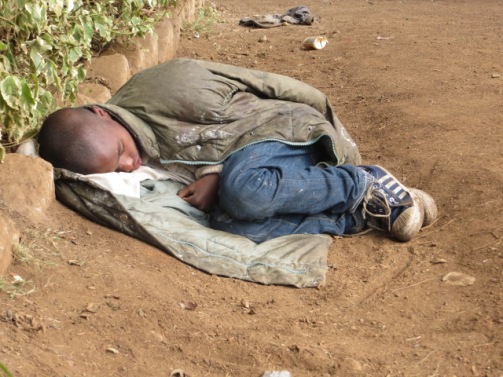 This project aims to provide these vulnerable children with a daily meal in a safe place where they can relax and play together away from the dangers and stresses of street life.  As well as feeding them we also attempt to reunite them with their families and get them admitted into local schools. 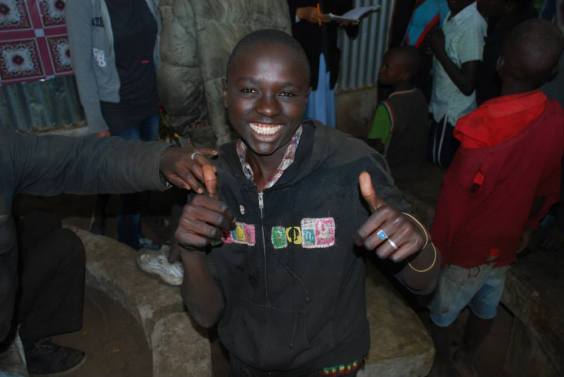